Alty Lazel's parents were magicians, but died when he was quite young. A senior magician, Brain Deline, saw the young child's potential and took him into the royal court of Finistere Kingdom. Alty grew up to be a good-mannered, serious young man, although he perhaps needs to learn to stand up for himself more. His nickname, especially to his semi-official girlfriend Erel, is "Al", which he dislikes, since it's an honorary middle name bestowed upon court magicians and thus rather presumptuous for him to respond to.

Though, frankly, Alty should be a court magician pretty damn soon. He's a talented and powerful magic-user, one of the few known who can handle the powerful "Lost Legacy" spells which date from ancient times. He also wears two magical power-enhancing jewels on his gloves, called Fughing (Thought) and Muning (Memory). Al is the one who summoned all the non-native characters to I-Praseru as he desperately searched for a champion who could overcome Ihadulca. However, after he had done this, Alty was consumed by guilt, feeling that the people of I-Praseru and he himself should be fighting their own battles. So resolved, he sets out to confront Ihadulca... 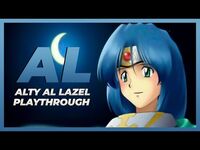 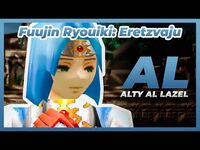 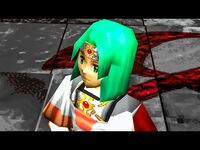